Virtual Kizhi visualizes the world famous Kizhi site as high-resolution interactive 3D environment. Kizhi architecture preserves a concentration of masterpieces of the Russian heritage and protected by World Heritage List of UNESCO. The Kizhi architecture consists of the 1714 Church of the Transfiguration, the 1764 Church of the Intercession and the Belfry, an octagonal bell tower that was restored in 1874. A remote location, travel distance, limited building access due to restoration efforts make the Kizhi site difficult to visit.

In July 2006, Computer Science professor Robert Kooima and I traveled to Kizhi Island in Lake Onega, Northern Karelia, Russia, to document the wooden cathedrals and visit the archives. We recreated the environment in an interactive virtual reality experience which restores the original architecture of Kizhi island based on the detailed photographs, architectural and geometric measurements, textural data and video surveys taken during the visit of Kizhi as well as geometric analysis of the surviving structure. The 3D architectural models restore the original geometrical precision and symmetrical balance of the churches. The project was developed in novel real-time global-scale data visualization framework Thumb that uses a GPU-based algorithm and advanced rendering techniques for real-time display of topographical data.

The project was featured in Screen Tests exhibition curated by the Society for Cinema and Media Studies Chicago in Gallery 400 in Chicago in 2013. 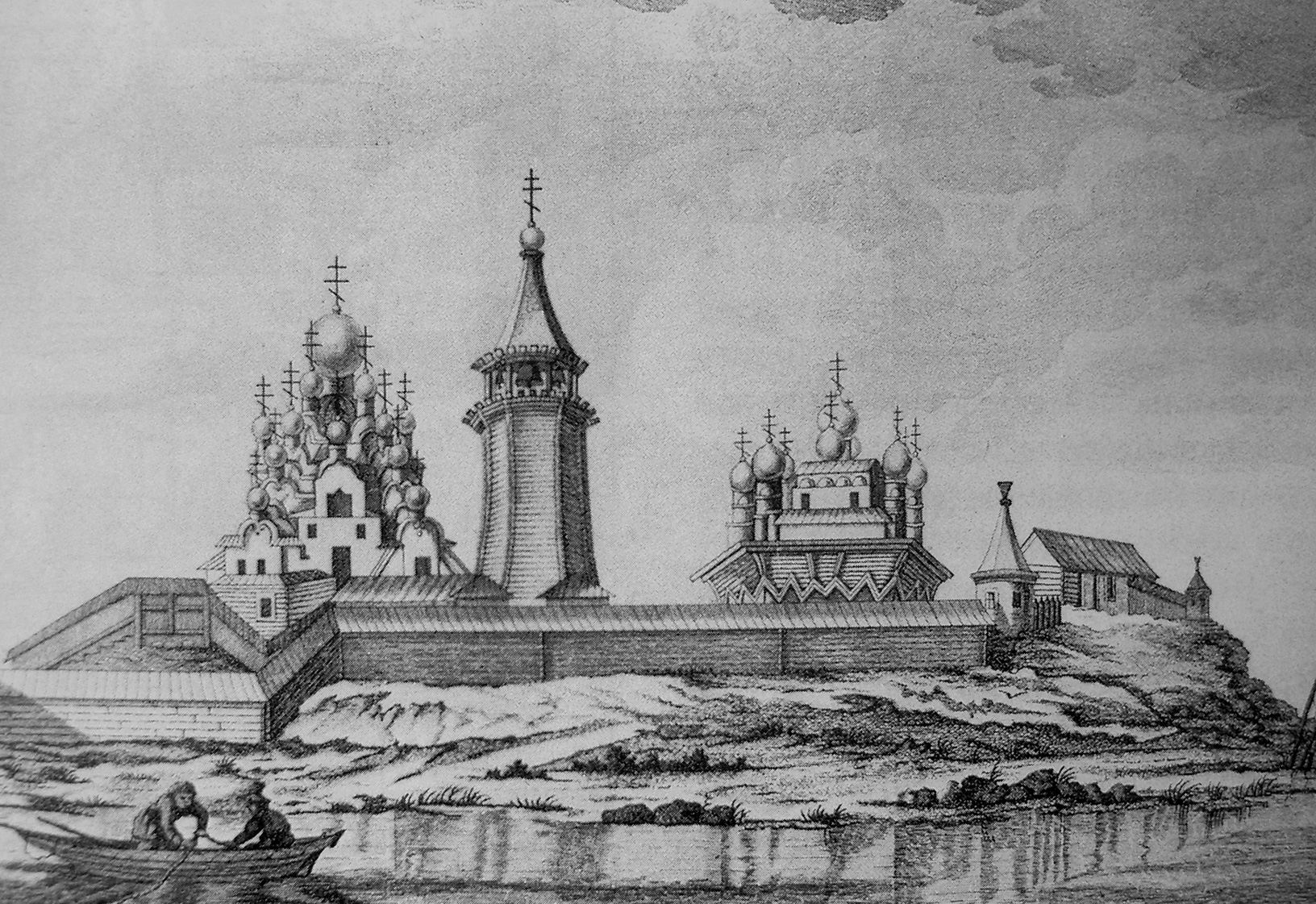 1875 gravure of Kizhi by academic Ozeretskovsky. 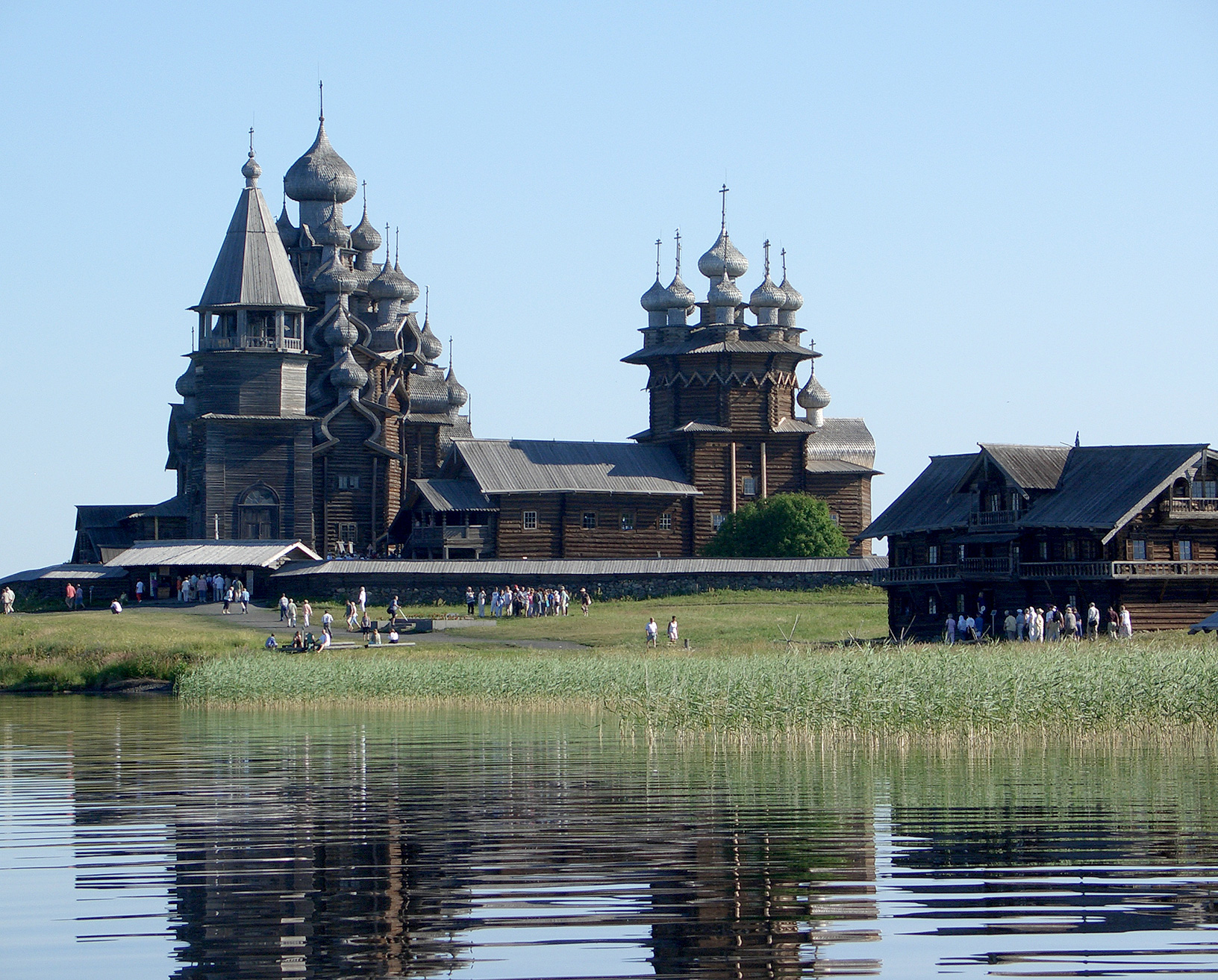 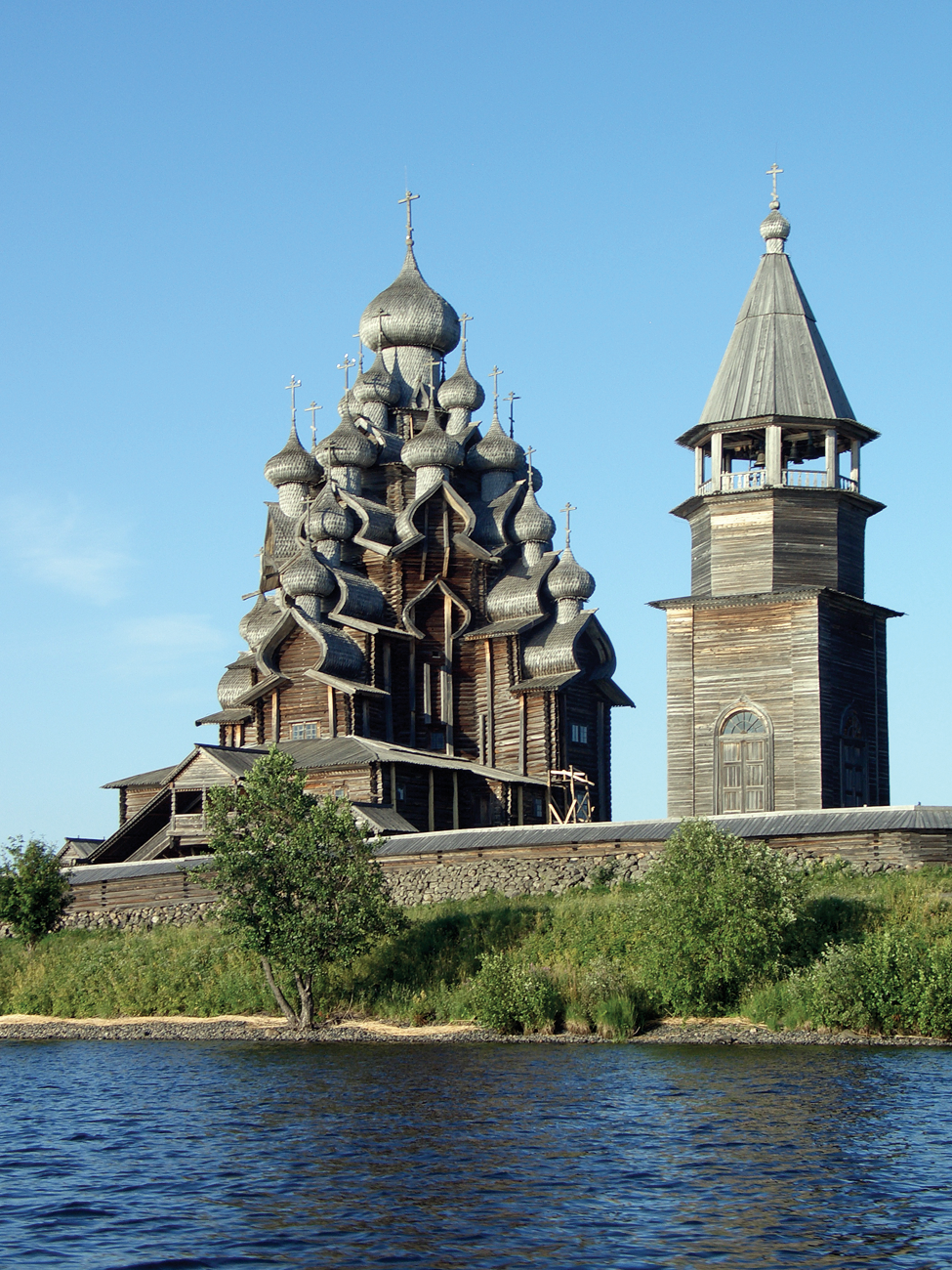 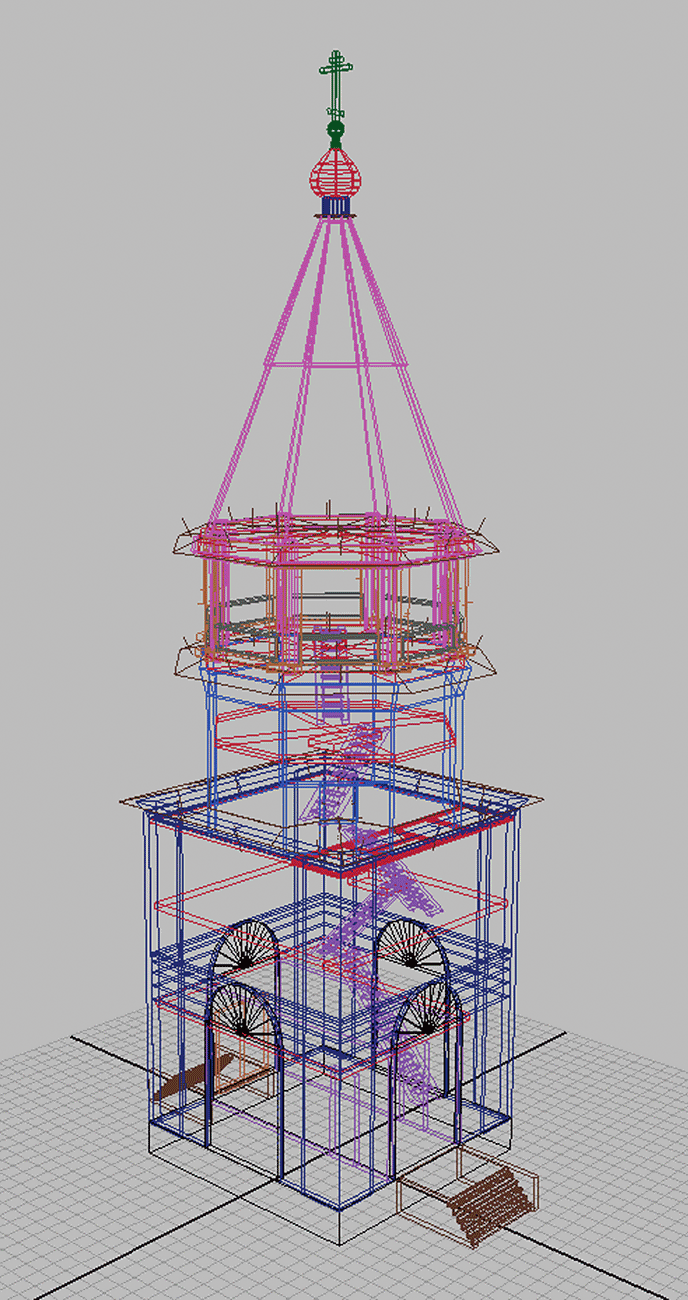 Kizhi churches / The 3-D model of the Belfry. 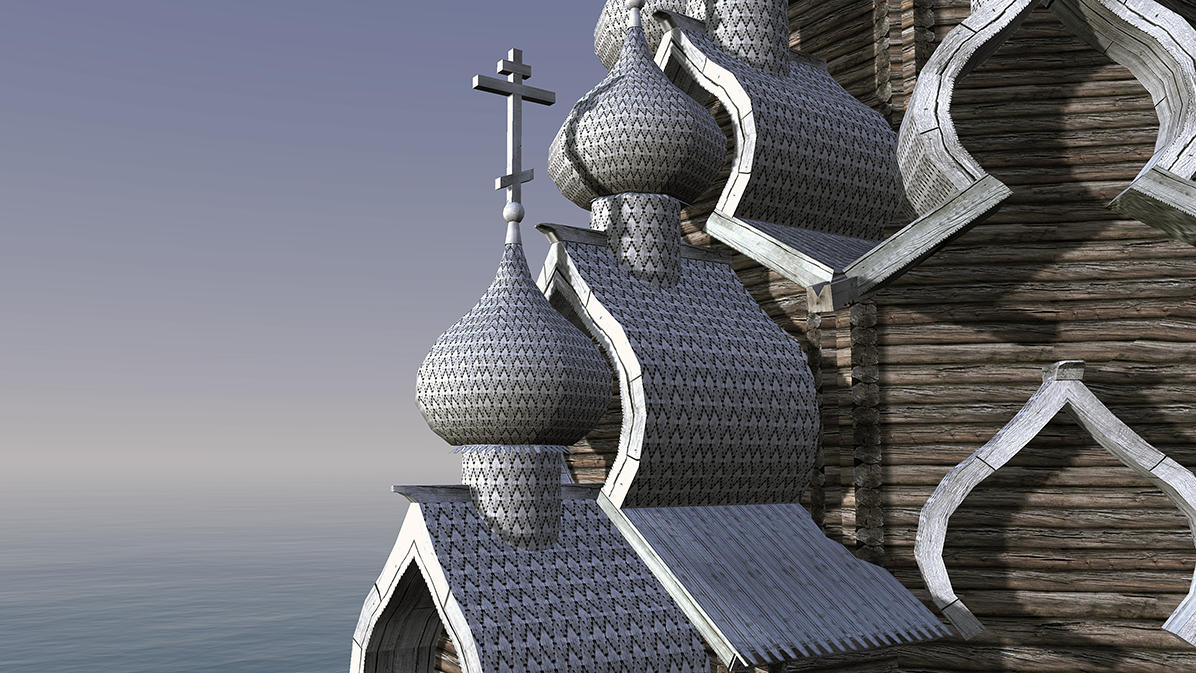 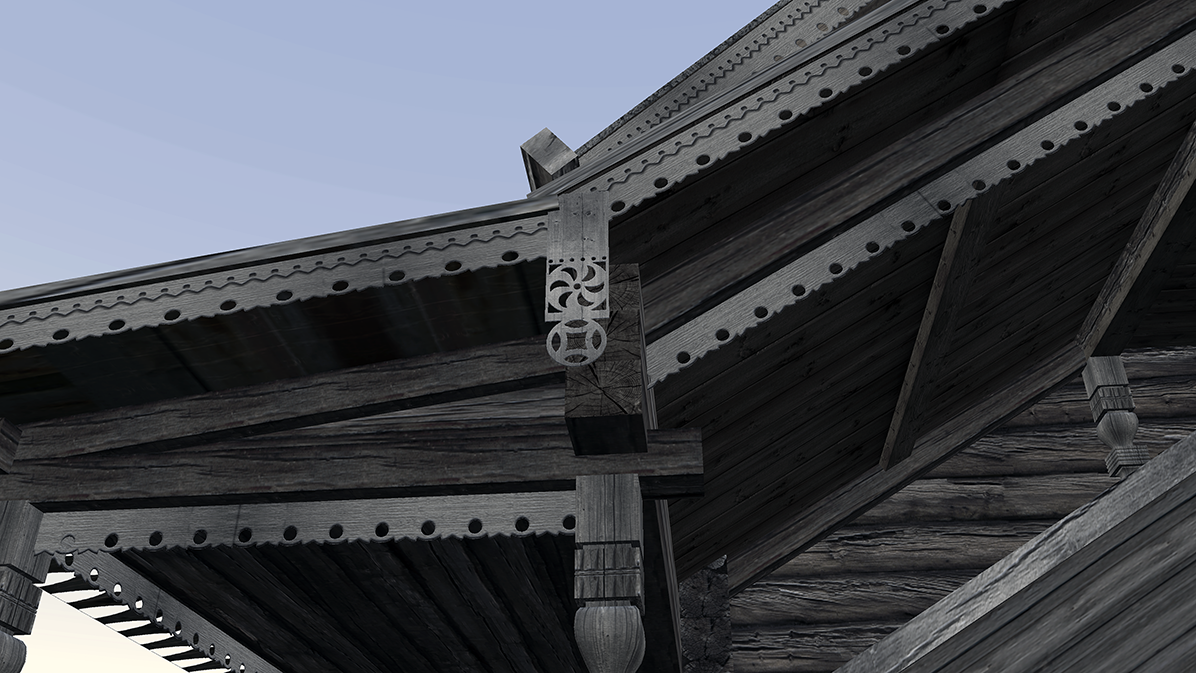 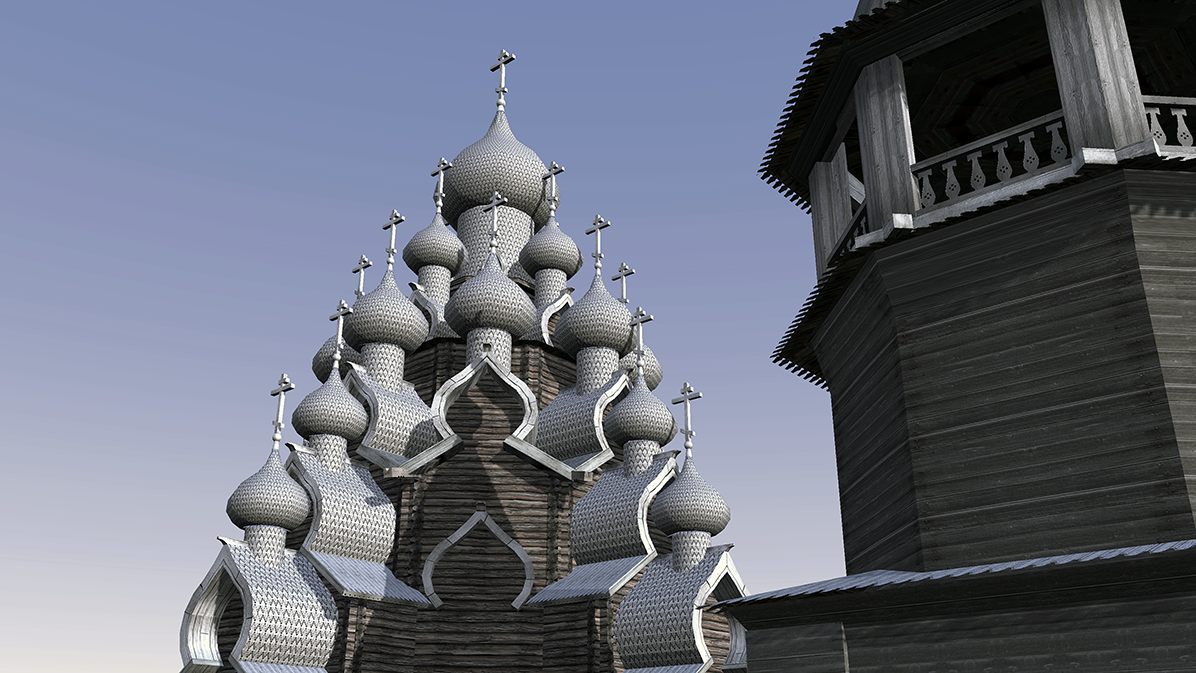 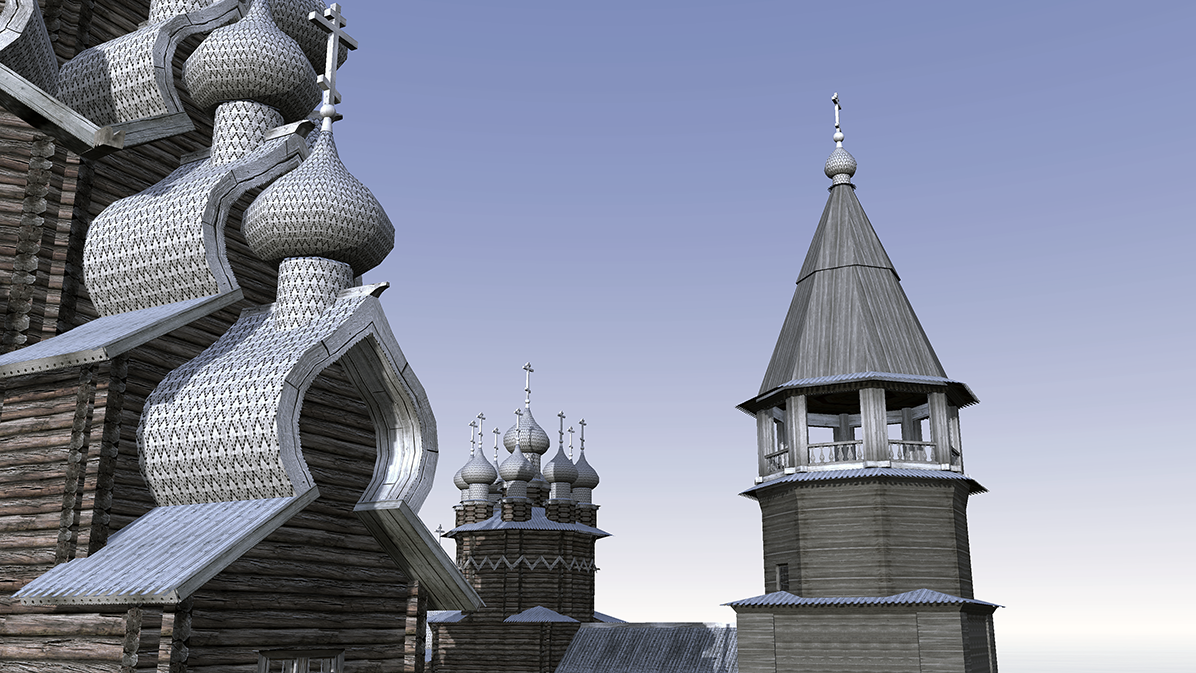 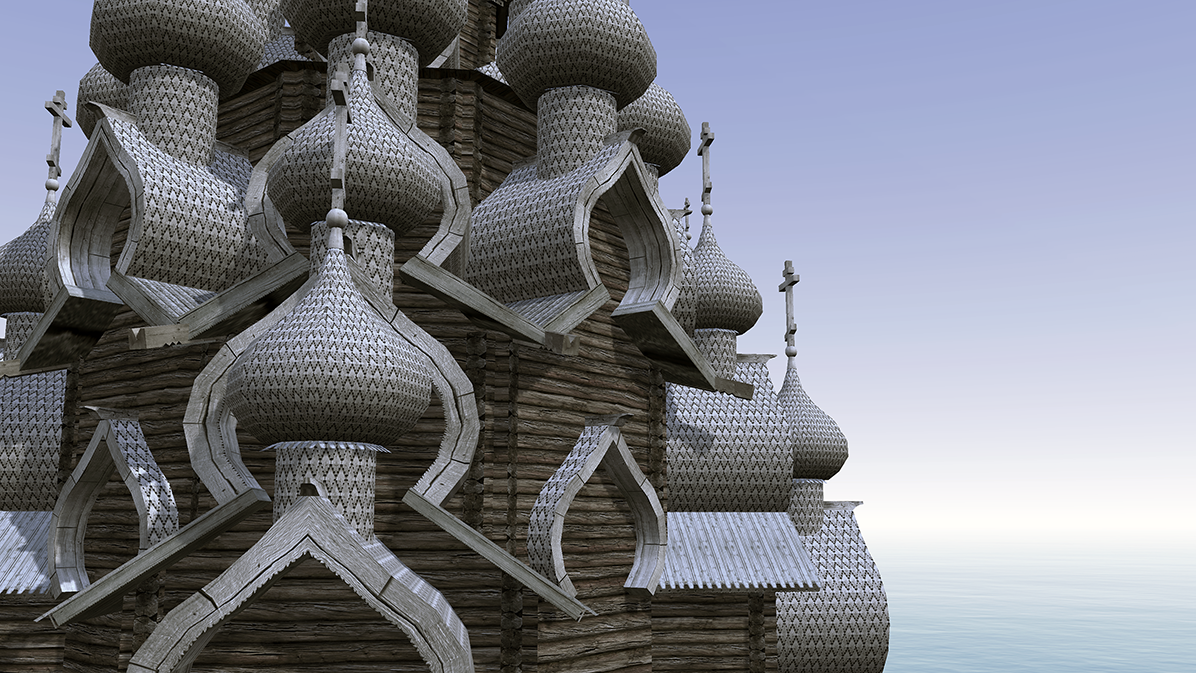 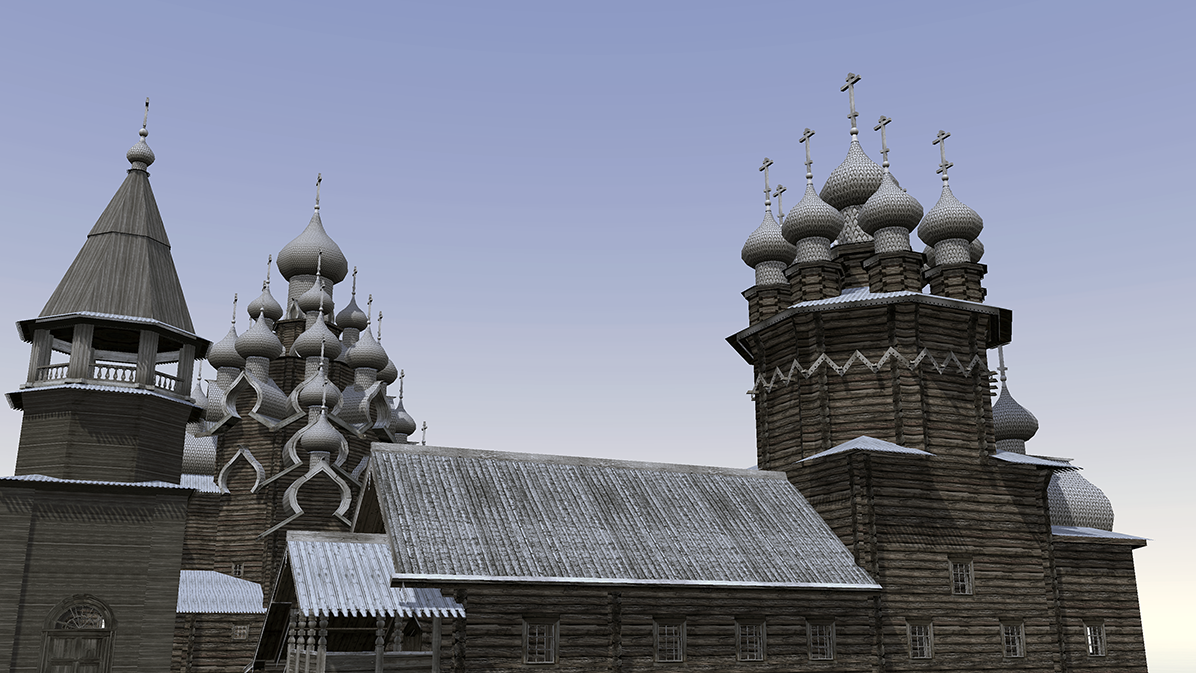 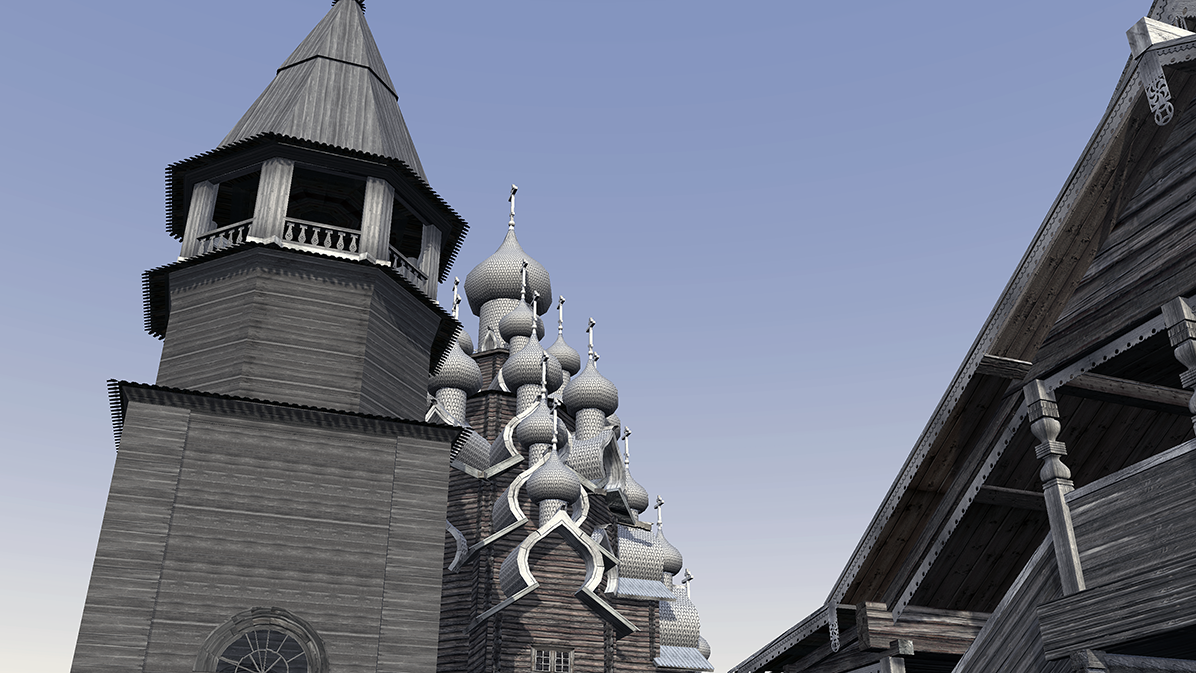 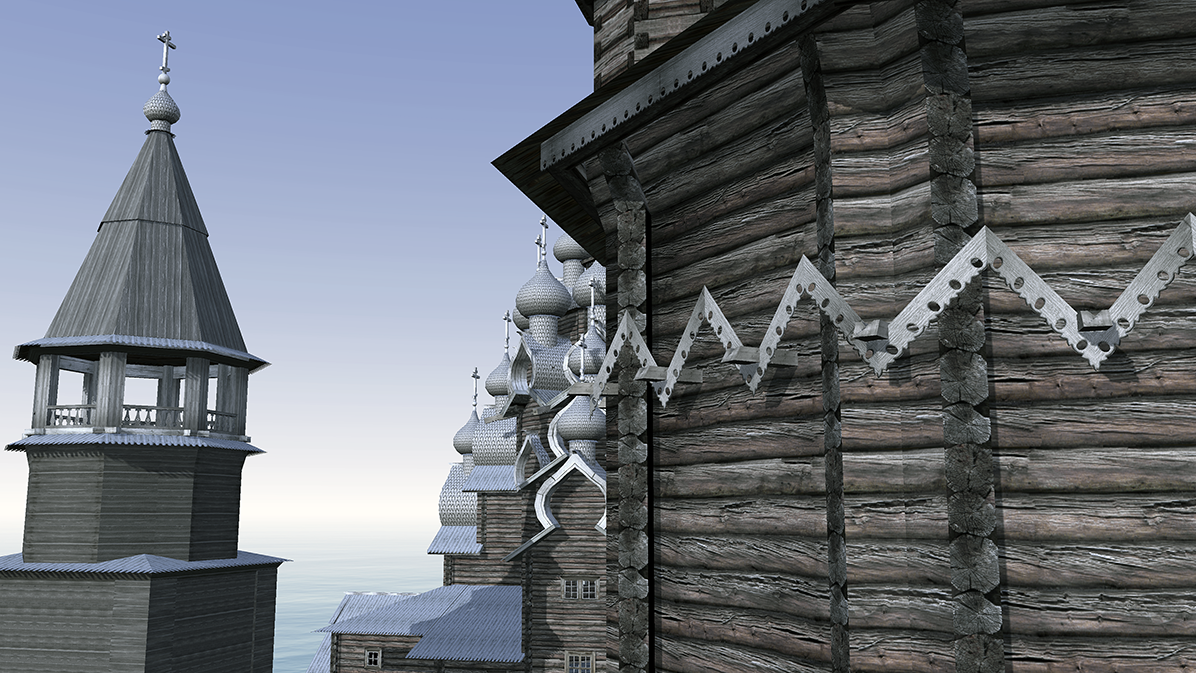