Over the past ten years I have produced creative works that investigate how artistic VR and visualization may be used as an advanced therapy in stroke recovery. My VR artwork aims to pioneer new therapy methods in stroke rehabilitation that alleviate the burden of stroke survivors. The work has been informed by numerous scientific and theoretical texts and deeply reliant on clinical advances in healthcare. It has been tested with many stroke survivors in the "Shirley Ryan AbilityLab (SRAL, former Rehabilitation Institute of Chicago) where I collaborate with a team of neuroscientists, clinicians and engineers at the Arms+Hands Lab. We have trained dozens of patients who reported improvements in their daily lives, regained trust in their hands, boosted self-confidence and increased motivation for undertaking future therapy.

I have led art and implementation of two generations of virtual environments for hand rehabilitation as a part of MARS2 and MARS3: Machines Assisting Recovery from Stroke and Spinal Cord Injury for Reintegration into Society, the interdisciplinary institutional projects at the SRAL (2007-2017) funded by the National Institute on Disability, Independent Living, and Rehabilitation Research (NIDILRR), Rehabilitation Engineering Research Center (RERC) program.

The project was featured in:
2010 WTTW Channel 11 TV / Health Secrets program;
2012 the National Stroke Association’s Facebook front page;
2014 Next World - Visions of the Future TV Series by NHK in Japan.
Multi-User Virtual Reality Therapy for Post-Stroke Hand Rehabilitation at Home received the best paper award at the IMCIC 2016 Complexities, Qualitative Research and Methodologies in Science Conference.
Tsoupikova has received 2011 Fulbright Scholar award to work with researchers on multi-user component in ParisTech in France.

A post-stroke subject at the Rehabilitation Institute of Chicago (RIC) interacting with the VR system and the immersive environment. Magnetic trackers are affixed to the HMD to track the head and to the PneuGlove to track the arm. Bend sensors on the PneuGlove provide digit joint angles. 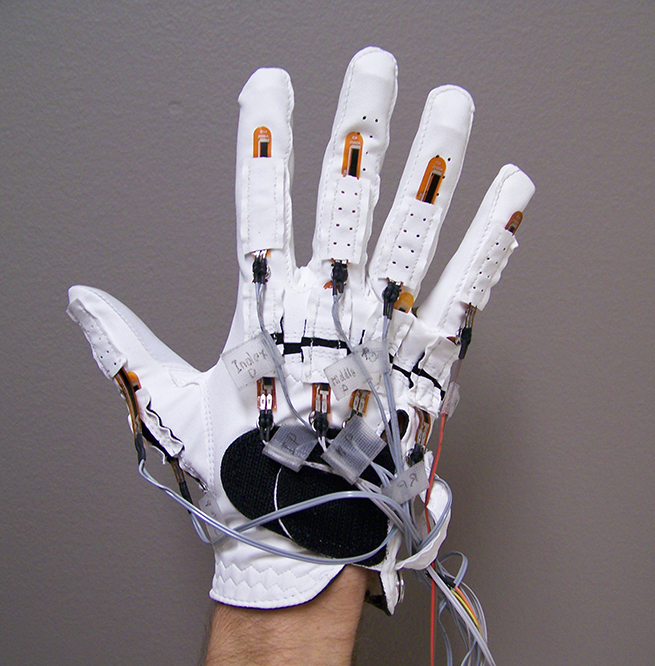 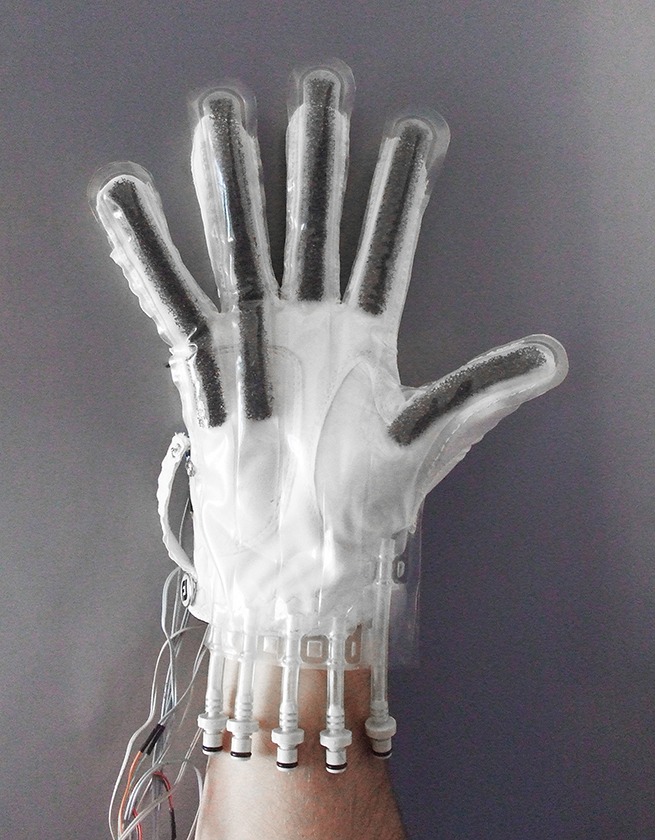 I designed this version of a pneumatic glove, the PneuGlove, which was used for training grasp-and-release movements with virtual objects in a virtual reality environment. The PneuGlove is connected to an air compressor and can provide either pneumatic assistance to digit extension as needed by the user or resistance to finger flexion to provide haptic feedback. Left: dorsal view. Bend sensors cover two joints on each digit to measure hand posture. Right: palmar view. Independently controlled air pockets cover the palmar surface of each digit. Inflation of the air pocket assists digit extension. 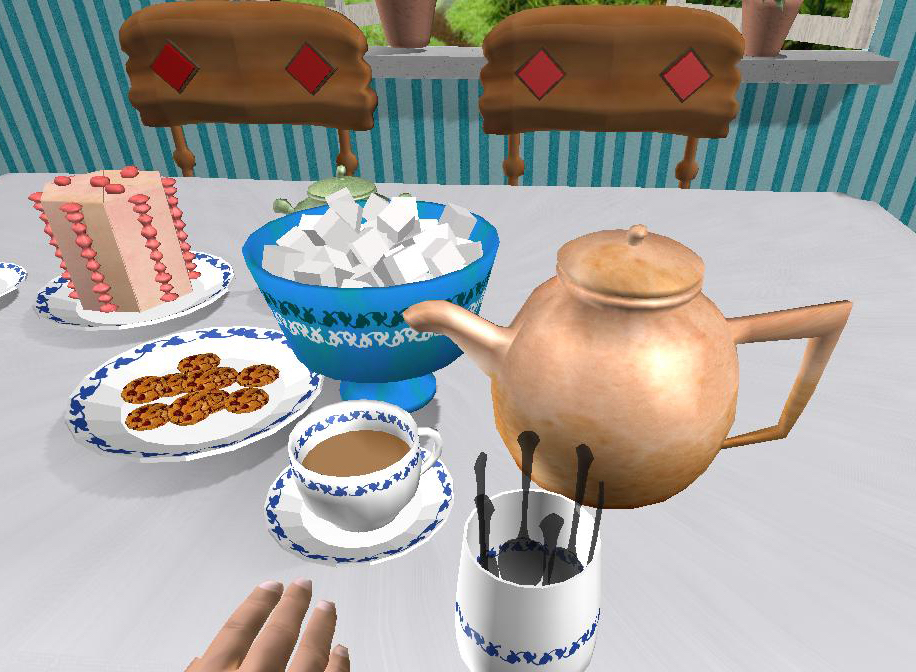 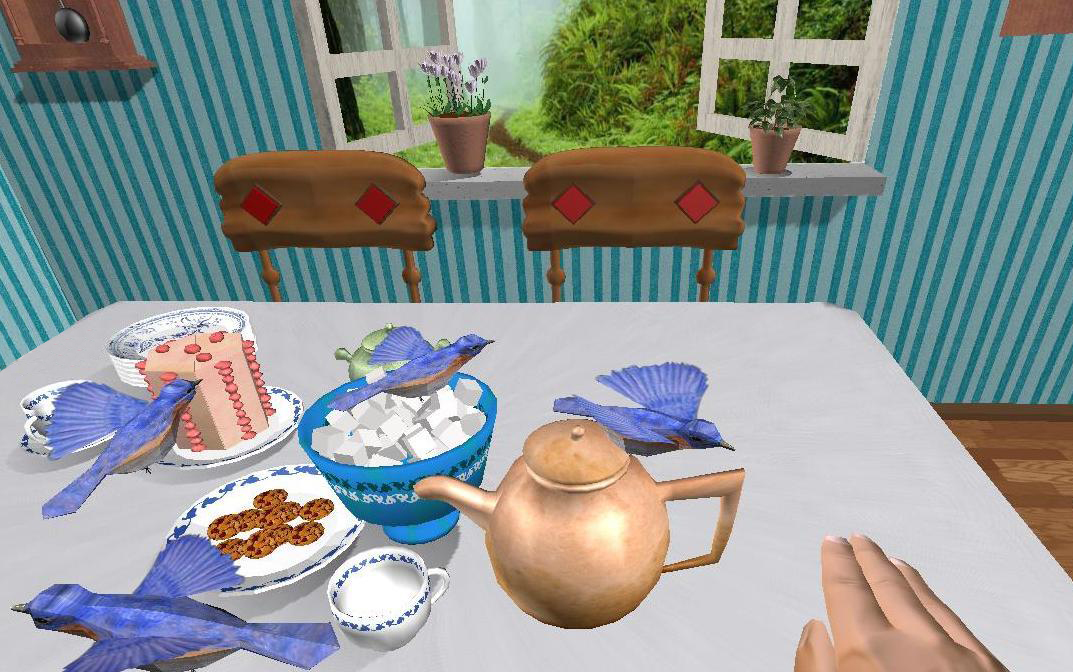 Rehabilitation exercises. The participant must employ reach-to-grasp movements to grab the spoon and stir the tea and catch the birds.